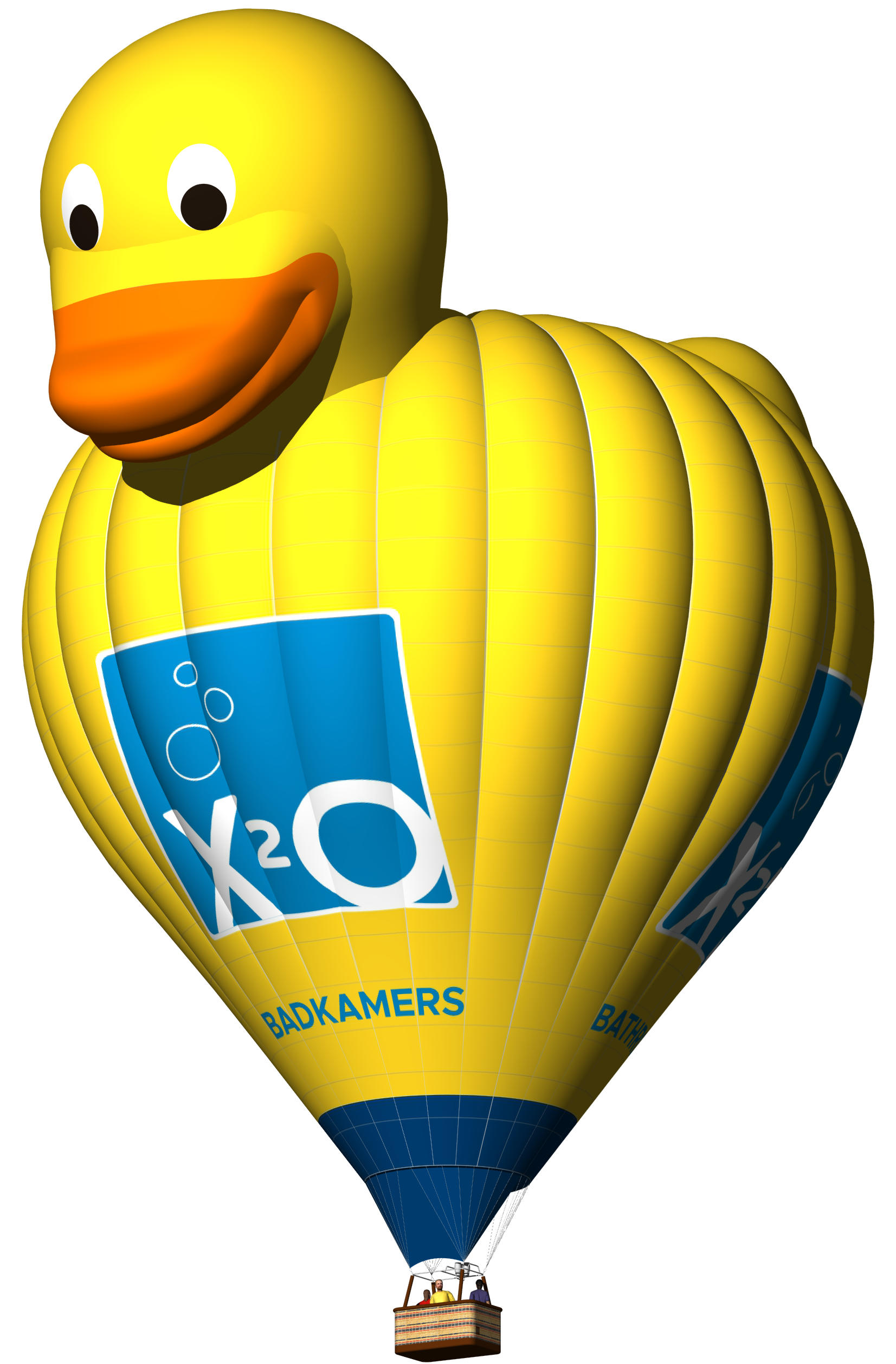 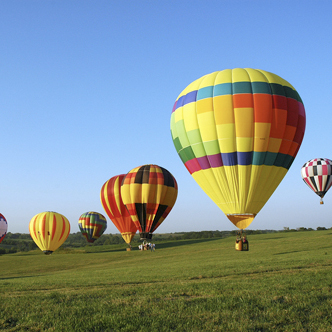 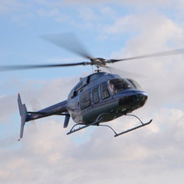 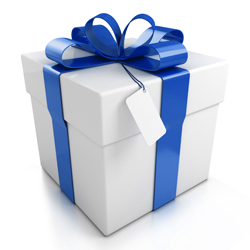 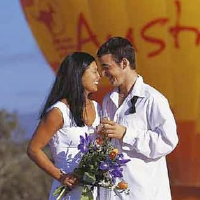 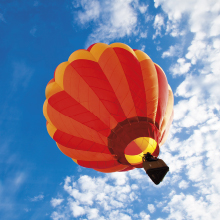 You are here : Balloon information 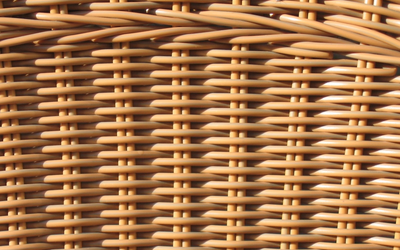 for your balloon flight! 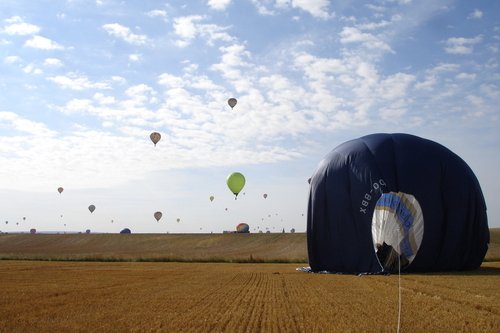 Hot air balloons work on the very simple principle that hot air rises, because it is less dense ('lighter') than the normal cold air. A balloon has a set of burners to heat the air, which fills the fabric of the envelope and causes 'lift'. As the air is heated, the lifting force overcomes the force of gravity and causes the balloon to fly.
The balloon will not rise forever though since the air in the envelope will eventually cool causing the balloon to descend. As the balloon rises the air pressure also decreases. This means that there is less cool air to support the balloon and it will begin to drop again. By varying the temperature of the air in the envelope the balloonâs altitude can be controlled. This is the reason why hot air balloon pilots need a long training program to be able to exercise this. 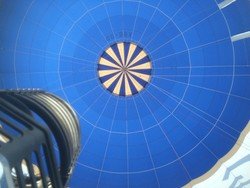 When flying the balloon the pilot will control the vertical motion by either heating the air in the envelope to achieve 'lift' or by allowing it to cool in order to 'descend'. Sometimes hot air will be released by pulling out and re-sealing the parachute top (that is done during the landing) but normally the natural cooling of the balloon is enough. The balloon will only go where the wind takes it.

Typically the winds are different at different altitudes. The pilot uses these different wind directions to 'steer' the balloon by ascending and descending into the desired altitude and direction. When the pilot has found a desirable landing spot he/she will allow the balloon to descend at a controlled rate of speed. Once the balloon contacts the ground the pilot will release hot air by pulling on the parachute top.

Depending on the wind speed at the ground, the landing will either be soft and the balloon will remain standing or, if it is windy on the surface the balloon may lay on it's side and drag for a short distance. It is important to listen closely to the pilot's instructions before landing so that you are sufficiently prepared for your landing, especially if he/she anticipates a 'windy landing.'

Airships (often called blimps) began to be built in the early 1900âs. They were inflated with hydrogen gas to keep them aloft. Airships are cigar shaped balloons, some of which have a rigid frame to maintain their shape. They had engines with propellers as well as flaps to control the direction and speed of flight. The Graf Zeppelin was the first large airship built. It was 420 feet long and could travel 600 miles in 2 days. These large ships became the first commercial airliners. Many were made for military uses but others had luxurious cabins for seating passengers. The most famous airship was the Hindenburg built in Germany in 1936.

Modern hot air ballooning was born in 1960 when Ed Yost piloted the maiden flight of a hot air balloon employing a new envelope and a new propane burner system which he developed. The flight lasted 25 minutes and traveled 3 miles. The balloon was 40 feet in diameter. For this accomplishment Yost is known as the father of modern hot air ballooning. Soon, Yostâs company, Raven Industries, was making balloons for sale. Together, Yost and Don Piccard, an experienced gas balloon pilot, did much to promote hot air ballooning.

Back to all information 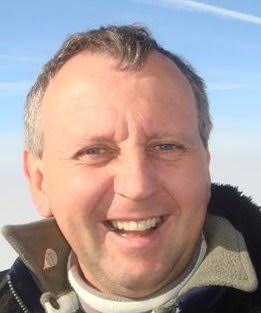